First of all, their prices are the same, there is almost no difference, and they belong to the same level, the same type, and are comparable as they were before many people bought the piano. Several pianos are easy to tangle.

Let's talk about the same point first. The three pianos are all D-type pianos, STANDARD series, and the prices are similar. In the United States, the prices are D18 $2199, D28 $2399, and D35 $2499. At the same time, they are also the mainstream models of Martin guitars, and the sales are very high.

The configuration is not too much. The top is SITKA spruce, ebony fingerboard, bridge, 14 frets connected to the box, and standard X-shaped bracing structure, but each piano is different; let's introduce three models of piano difference.

Since the new model in 2012 came out, the D18 has been selling very well and has received very high praise abroad. Let's not talk about whether he is very good here; let's see what changes have been made in the new model.

1. The fingerboard and bridge are changed from rosewood to ebony

It is not clear how much ebony and rosewood fingerboards affect the sound, but it seems that all the best pianos use ebony; GIBSON is an exception. Still, GIBSON also has more expensive ebony versions. FENDER's CUSTOM SHOP also generally uses ebony. For better or worse, at least ebony is more expensive!

2. The overall appearance is a VINTAGE retro design

Including the yellowed panel, headstock LOGO, open knobs, etc., these are all different from the boss D18. Nowadays, many people prefer this retro design, and the overall appearance looks more beautiful. This can only be regarded as a change, not an improvement.

3. The difference in the bracing structure

The bracing structure of the new D18 is standard X-BRACING, which is cut and fronted simultaneously. Be lazy here; COPY a paragraph from the D42 review posted earlier. . . . After cutting, the sound beam becomes lighter, the damping of the panel vibration will become smaller, it is easier to obtain a larger volume and better elasticity, and the sound will be richer and clearer; the front of the sound beam is the X-shaped force wood direction. The direction of the soundhole moves so that the panel behind the entire sound hole is less bound, and the panel vibrates more freely, which further strengthens these effects.

Suppose the actual volume of the high, middle, and low-frequency bands is the same. In that case, we often feel that the intermediate frequency part is the most prominent, so the mahogany piano is very pleasing to the ear, and the clarity and balance are also better. However, this wood's high and low-frequency extension is not as wide as that of roses, and the relative richness is less.

You can see that the mid-frequency of mahogany is prominent, and the high-frequency ductility of rosewood is better because of the Environmental recording problems; the low-frequency part is all kinds of noise.

In addition, this picture can not fully explain the problem because the environment restricts it, and the position of the microphone will change to some extent after each instrument is changed, so it is not very accurate. Still, it can roughly explain the problem and is only for reference.

D18 is a piano with a very long history (it was launched simultaneously as D28 in 1931). Before the D-type came out, 00018 also existed, so it is very mature and classic, especially after the new model was improved. Many people around the world have praised it. It's a hit, and it's really good value for money, and if you like the sound of mahogany, the D18 is a smart choice. 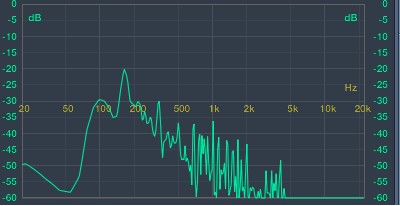 Everyone is familiar with the D28. It can be said that it is Martin's most famous piano. From its introduction in 1931 to the present, it has always existed as a representative product of Martin. The first D-type guitar introduced to the market was the MARTIN D28.

Martin developed a D-type guitar in 1916, but 1931 was the first time Martin launched the official products D1 (D18) and D2 from his production line. (D28) since then, (the D-type guitar has been popular worldwide, and it has gradually become the standard of the guitar. Until now, there are many guitar labels imitating the D28.

The top of the D28 is SITKA spruce, back and sides rosewood, standard X-BRACING bracing, uncut and front, ebony fretboard, and bridge.

Everyone is very familiar with this piano. It is enough to introduce some configurations briefly. There is countless more detailed information on the Internet. I mainly talk about him.

The MARTIN D28 came out in 1931. Martin had developed a D-type piano before, but it was not officially listed. D28 has undergone several major changes since its launch:

The ADIRONDACK panel was changed to SPRUCE because the ADI panel is relatively hard, light, and tough, so it was used in a large number of military supplies in World War II. The specific time is unknown; it should be about 40 years.

The so-called PRE-WAR pre-war D28 refers to the D28 with ADIRONDACK spruce, Brazilian rosewood back and side panels, front-cut sound beam structure, and herringbone pattern wrapping. It must be very valuable~ This is the most expensive. The second is the version after World War II and before 1969.

We mainly talk about the current version of D28.

Many people say that the current D28 is no longer good and that the D28 before the war is called the real D28, and it is a classic. . . . In fact, only a few D28s were produced before the war; how many are left? How many people have played it, and how many sounds are left behind. . . .

Here is the data, the output table of D28, the front is the year, and the back is the production quantity

These are the total number of D28s in PRE-WAR. Before the 1969s, there were very few Bamei on the back and the back. I think it isn't very sensible compared with the hundreds of thousands of D28s after 1969. The D28s before the war was the best Sure, but when it comes to classics, a few people have played them, even if they have heard the real recordings.

The classic status of D28 was established after 1969. On the one hand, the number of products has increased, and the number of owners has increased. The continuous development of contemporary technology has played a great role, such as TV networks and recording.

With the development of technology, the level of publications is getting higher and higher, and even after the 1970s and 1980s, it entered a period of rapid development.

There is so much good music recorded and passed down after that. Of course, many big people use very precious versions, but more guitarists, fans, and records are regular versions of D28. Because of the recognition and works of these people that D28 has become a classic.

In short, MARTIN D28 is a very representative and classic work of art. Its history and reputation are enough for us to choose with confidence.

If you are hesitant to buy a D28 at a similar price, it can be said to be a Safe choice. There are countless references on the Internet regarding his tone, and the popularity rate is very high. It is not difficult to find a way to try it out. 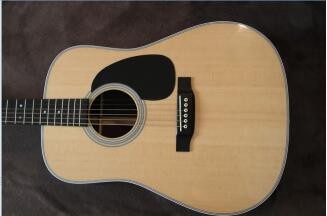 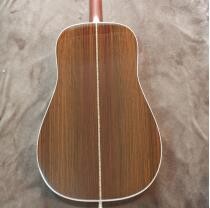 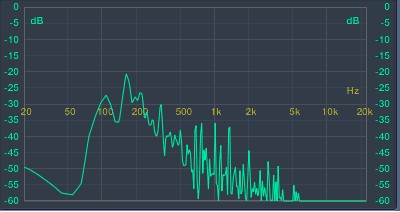 Martin D35 was produced in 1965; it is also SITKA spruce top, rosewood back, and side; the difference is that he's back is three-piece, and the tone of the two-piece back is different. In appearance, the fingerboard of the D35 has a white edge, which can easily be distinguished from the D28.

In addition, although his bracing structure is also a standard X-shaped bracing, the size of the force wood is different. Generally, the D28 is 5/16", and the D35 is 1/4".

The total output of D35 is about 10W, which is only the D28. In addition, the D18 is also nearly 10W. The three pianos mentioned today are the top three in Martin's output. . . . far more than all other models. The evaluation of D35 has always been very high. There are many Martin fans abroad. Many people own multiple Martin pianos. Most people are surprised by the excellence of D35. Many D35 players in China also like this piano very much, including Some professional guitarists' evaluation of D35 is generally a super high score!

I had some prejudice against the D35 at first. I always felt that the backplane of the three-piece is not as good-looking as the two-piece (Martin three-series tears...) But the more I contacted it, the more I changed my mind.

The difference in material and structure between D28 and D35 must be reflected in the difference in tone. Compared with the AB of the D28, I feel that the D35 has more sheer expressive power and better dynamic response, but it lacks the power of the D28.

If I have to decide the winner, I do prefer the D35 a little bit in terms of sound. . . . . However, the double spelling of the D28 and the diamond cutting of the neck are more in line with my liking~! 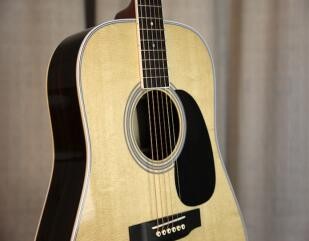 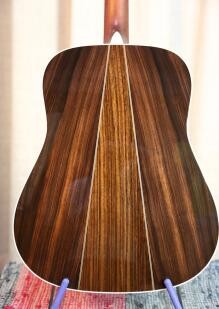 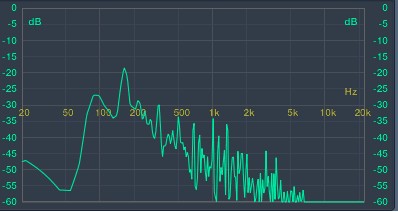